Accidental tourist - Singapore from the sky: The Singapore Flyer

I have been on the Singapore Flyer several times....yes, I know it is a tourist thing but hey! Where else can one view the Singapore city skyline?

It is definitely not a cheap expedition because it costs approximately S$1 for every minute you are on the ride….but the other 2 occasions was subsidized fares (due to company sponsored trips) so this is my 1st real full-fare ride…

Having gone on for both the day and night rides, I will definitely take the night ride anytime! Here are the reasons why…

There a many places that you can see whilst riding on the Flyer – the official website has a great summary: http://www.singaporeflyer.com/en/visitor-guide/views-from-the-top.html

My expedition is to try to capture Singapore skyline @ night whilst on the Flyer – unfortunately for me, there will be some challenges:

Here’s my 3 best efforts of the skyline from the Singapore Flyer: 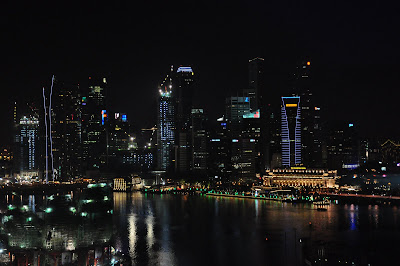 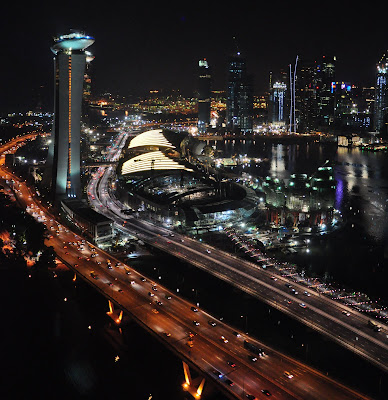 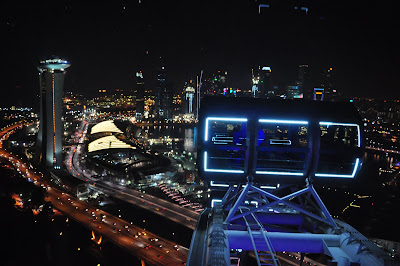 Onto the world and beyond!

For Vesak Day, I took a leap of faith and went to places I never ventured before….together with my friends, we stepped into Chinese temples and I saw a world that's totally alien to me even though it's in my backyard (literally at times). To a certain extent,I was a "fish out of water" as I didn’t know whether the temple devotees will object to my presence holding a camera and taking photos of the religious activities during this special day for them...

In the night before the Vesak holidays, I hopped down to Kong Meng San Phor Kark See Monastery (better known to me as “Bright Hill Temple”), one of the largest temples in Singapore and best known for it’s “3 steps 1 bow” ceremony held only during Vesak Day. I am challenged in using my DSLR for the 1st time at night but I do need to “practice, practice, practice”.

The temple’s website showed many many places I didn’t manage to go in my short 2-hours there but here are some photos. 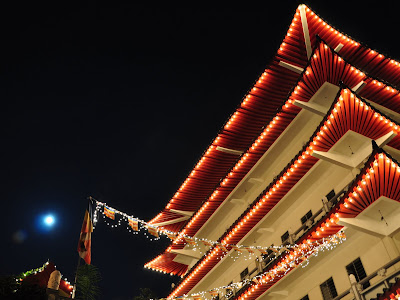 Photo of one of the temple towers in bright lights 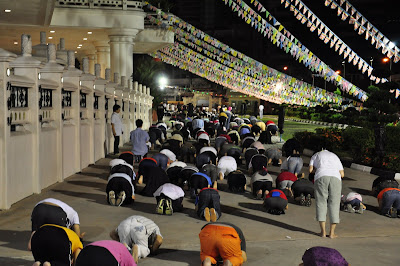 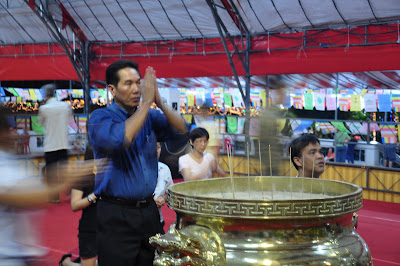 (out of focus) Photo of a man praying before Buddha

On Vesak Day itself, I went down to the other side of Little India at a temple called “ ” or “ of 1000 lights”. This is an earmarked historic site by Singapore National Heritage Board. It’s a Thai-Buddhist temple with a 15m Buddha. Again, I have never been anywhere near here all my life (this is becoming a “story of my life” statement) so we decided to drop by there….3 photos showing what we saw: 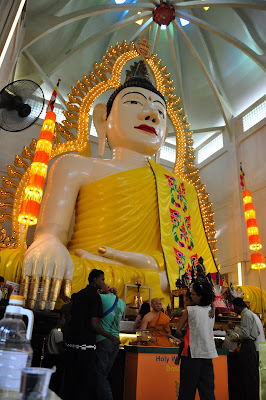 Photo of 15m Buddha surrounded by hundreds of lights 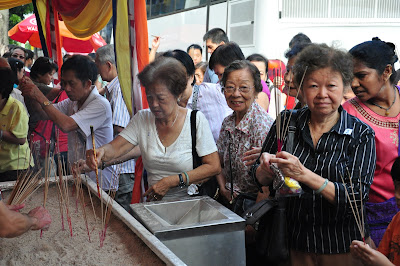 Photo of worshippers putting down incense sticks outside temple 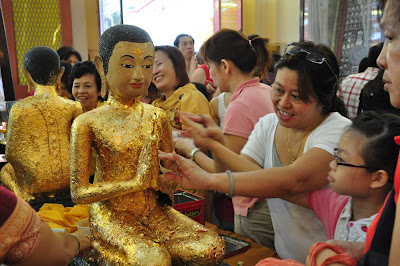 Photo of devotees placing gold-leaf on statute of Buddha

Of course, I did the thing that most people will do in such places, I did my gold leaf placement and wish for good luck and health as well!!

Opposite this of 1000 lights was another temple called “Leong San Buddhist Temple” or “”. Unfortunately, I couldn’t capture any nice photos of this place. I totally blame this on my limits as a photographer as it was definitely a shame since as the temple has some lovely sculptures on its roof….

But there was a dragon dance troupe that came by while I was at the location so I will be showing some shots of the dragon & lion dances instead: 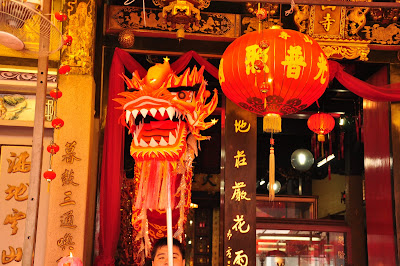 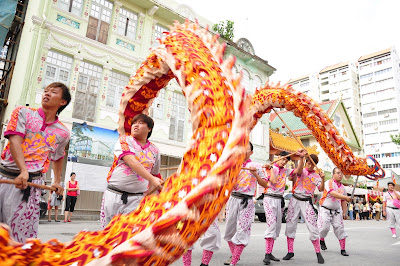 Photos of the dragon dance troupe hard at work 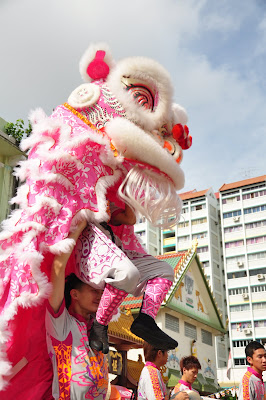 Photo of the pink lion that followed after the dragon dance 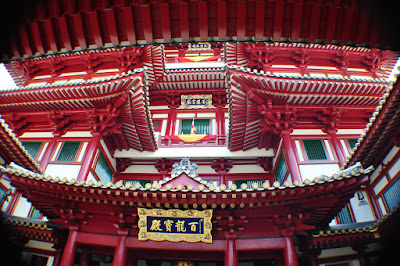 Photo of the front entrance 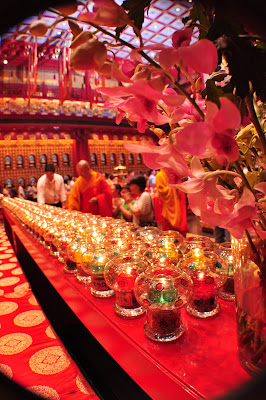 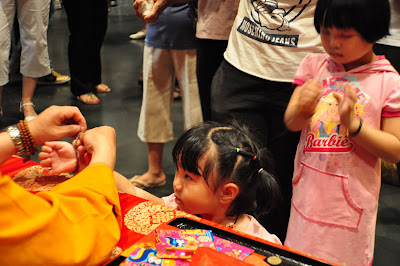 Photo of girl tying on prayer knot by monk

Personally, I feel that I do not do much justice to this gorgeous place with my 3 photos cos it’s quite beautiful in that place and pretty impressive.

Anyway, till the next time...Onto the unknown and beyond.....

1st expedition was to go to Singapore's very own Little India. Guess it is one of the “weird things” that we have in , enclaves of our many and diverse ethnic groups. Little is where all people of Indian descent gather together especially during festive Deepavali celebrations. Similarly, the Malay communities descend on and Geylang areas during the fasting month of Ramadan (well, that’s another blog entry for another day…). People of Chinese descent go down during Chinese New Year time….

Anyway, coming back to my Little India assignment…even though I am a local Chinese Singaporean, I love going there...largely because I can’t find great Indian cuisine anywhere else! My mission this time however was to find photos that represents this place….in my mind, temples, temples and more temples….BTW the photos are taken using my autofocus camera (Olympus UTough) not my DSLR. 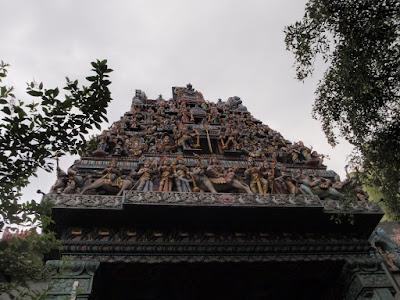 Photo of the temple dome 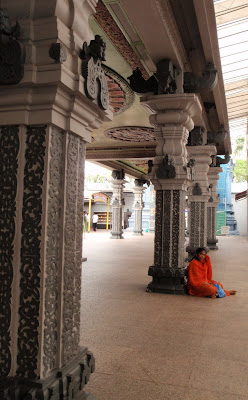 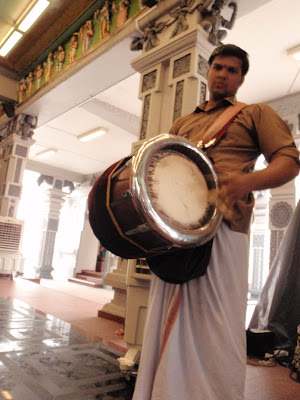 Onto the unknown & beyond!

This is a write-up of me being an accidental tourist in the place I grew up in: Singapore. This came about as I was fiddling with my newly purchased DSLR (Nikon D90) and hoping to find interesting topics to photograph in the little island that I call home.

Will be restricting my photo assignments to the various spots in Singapore & (hopefully) finding 3 photos that says the following:
1. an establishing shot (overall picture photo)
2. medium shot (preferably one that leads up to a story)
3. a final close-up shot (for a conclusion to the location)

At every location, I will like take tons of photos but will eventually be restricting myself to show 3 photos for each location. I am still an amateur in using photography to express my feelings so please forgive me for out-of-focus shots.
Onto the unknown & beyond!
Posted by MagTY at 5:37 PM 2 comments:

Accidental Tourist Singapore Food Rendezvous I realised that I have not done a single food entry even though I am just like every true bl... 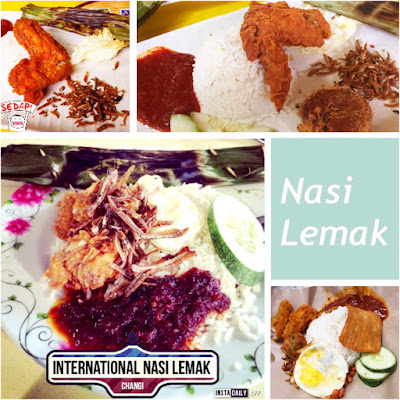 Links to my Photos